UGRIP adventure in the underground of the Petrovaradin Fortress 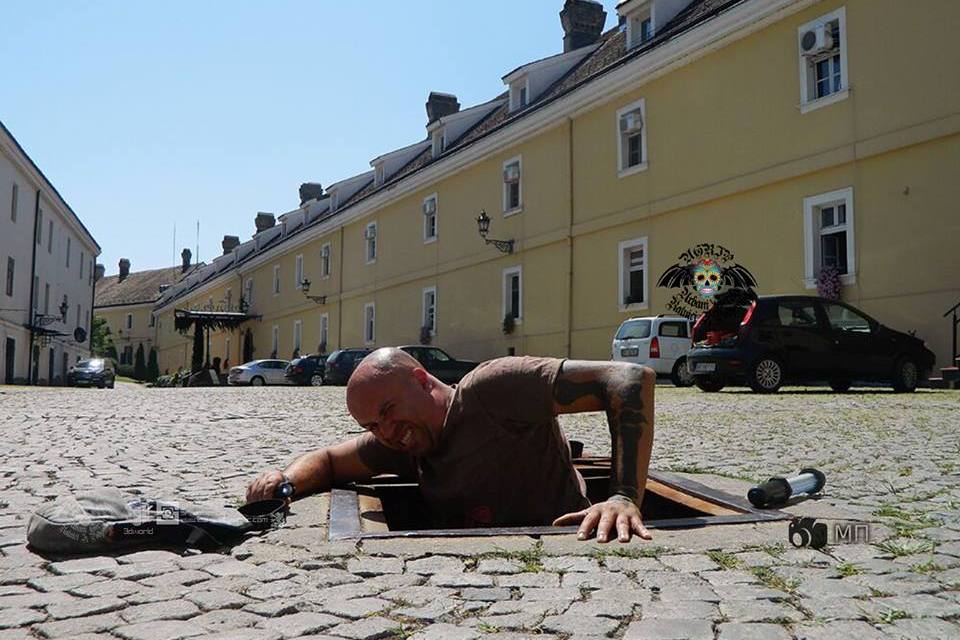 The Walk of Senses through the Legends of the Petrovaradin Fortress is the name of the program which will take the visitors to Gradić Fest into the underground of the centuries-old beauty of Petrovaradin and introduce them in an artistic way to numerous legends which circle through its mystical underground passageways. UGRIP – Urbana gerila ratnici iz podzemlja (Urban Guerilla Warriors from the Underground) is a group of enthusiasts, excellent connoisseurs of history and mythology of the underground vaults of the fortress, who also have artistic inclinations which they transform into interesting programs in order that the visitors can fully experience the spirit of the past hidden in the foundations of the Petrovaradin Fortress.

The organized walk through the underground tunnels will take place at the same time as the opening parade of Gradić Fest, on Friday 1st of September, at two time slots: at 7 p.m. and at 9 p.m. You can register your participation in this adventure at the following site www.facebook.com/kontraminskisistem. The organized tour will be led by experienced guides, well informed about the underground of the fortress and the related myths, who will be dressed in costumes and perform six acts, each on different topic. In this way, the participants in this interactive performance will have the opportunity to use all their senses and get to know the tunnels through play of smells, candles, light and darkness, and learn about the legends of a lost and forbidden love, of famous Marija, of a tiger chase in the underground passageways, of a dragon that slaughtered a soldier and that supposedly still prays on curious tourists and explorers…

UGRIP is a part of a citizens’ association called “3D World”, whose work is connected to the cultural and spiritual heritage of the Petrovaradin Fortress and its underground, as well as of Petrovaradin itself, Novi Sad, the Fruška Gora Mountain, Vojvodina and Serbia. Since September 2015, when the association was founded, some 60 members of the association have been exploring the underground tunnels of the fortress, revealing new details connected to the long history of the fortress and of Novi Sad. Their activities are not limited to walks through the underground passageways, but they also include collecting artefacts, legends and fates of ordinary people written on the walls of the tunnels. They are also striving to solve the problem of piles of trash in the underground passageways that have remained after numerous previous tourist visits, which are still taking place and leaving the same trails behind.

For the visitors to Gradić Fest, UGRIP has prepared some additional activities, whose goal is to further inform the visitors about this cultural-historical unit. An exhibition of photographs of the Petrovaradin Fortress and its underground passageways, titled “Vremenska kapija” (“A Time Gate”), will take place all three days of the festival in the right wing of the Belgrade Gate; there will be also an interesting prize contest on the knowledge about Gibraltar on the Danube at the same location. The UGRIP’s program will also include one-hour lecture/promotion of the Petrovaradin Fortress from the viewpoint of military history and mythology.